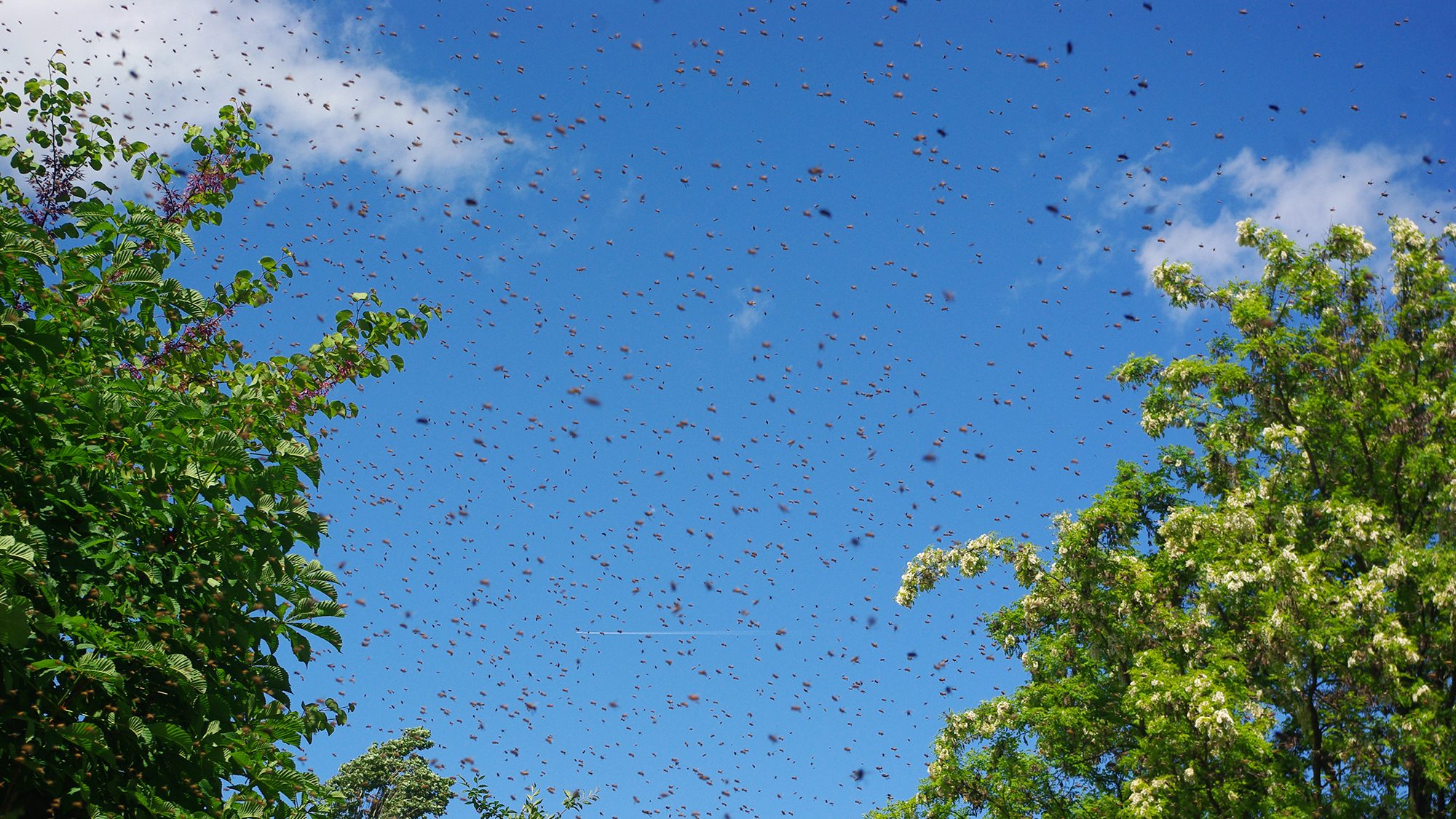 The world celebrates the International Day for Biological Diversity on May 22nd to increase understanding and awareness of biodiversity issues, which remain the answer to several sustainable development challenges

We are all brothers and sisters in this tremendous common home that is the Earth. Plants, animals and humans are interconnected and interdependent, and any loss in biodiversity impoverishes us all. Not only is the health of the planet underpinned by biodiversity, it is also our health and livelihoods that depend on the balance between all organisms in the ecosystems. That’s why several PRIMA funded projects focus on preserving biodiversity.

One of the great drivers of life on our planet is symbiosis. This word comes from ancient Greek and means living together. While studying lichens, the German biologist Albert Bernhard Frank coined this term to explain the close and intimate relationship between organisms of different types. According to the most generalised definition, a symbiosis occurs when there is a mutually beneficial relationship between two or more species. It is the magic of life. But it also means that when a species disappears, something of us dies as well.

The Mediterranean basin is a recognised biodiversity hotspot. With 15,000 to 25,000 species, its flora diversity is outstanding and 60% of which are endemic. About one third of the Mediterranean fauna is also unique to the region. Many of them are considered vulnerable, endangered or threatened with extinction, due to their habitat degradation. Pollution, droughts, alien invasive species and overexploitation are also important factors for the decline of Mediterranean biodiversity.

The world is at a crossroads. Unfortunately, the information and energy revolution is parallel to a dramatic biodiversity regression. Out of the eight million animal and plant species in the world, around one million may disappear in just a few years. It is one of the devastating conclusions of the last United Nations’ report on biodiversity, the most comprehensive of those carried out to date. This memo points out that agricultural and fisheries production and extraction of raw materials have continued to increase since the 1970s, while the earth’s capacity to recover has diminished. Deforestation and depletion of fish stocks are two examples of this overexploitation, with harmful consequences for the richness and variety of ecosystems.

How is PRIMA helping to preserve biodiversity? Several PRIMA funded projects work on this line of action.

MEDIBEES is one of them. With a consortium of nine organizations from eight countries, this project focuses on monitoring the Mediterranean honey bee subspecies and their resilience to climate change in order to improve the sustainable agro-ecosystems.

It is widely recognised that bees are a symbol for biodiversity. As over 80% of flowering plants depend on pollination, their disappearance would be a disaster for nature and humans. In light of this, studying bee’s resilience to climatic change is of great importance. One of the MEDIBEES’s objectives is to undertake a genetic mapping of  Apis mellifera subspecies in all participating countries to determine the genetic traits controlling their adaptation to Mediterranean environments.

Project coordinator Raquel Martín-Hernández explains that “ten indigenous Mediterranean subspecies of Apis mellifera, some of which are threatened, are represented in the project, which represents a great asset to the biodiversity of this region”. The team will help to create new trade opportunities for beekeepers through the commerce of selected breeds of local subspecies. “We expect this project to have a significant impact on the conservation of these Mediterranean subspecies of honey bees”, the researcher adds.

By promoting beekeeping as a highly sustainable agricultural activity, MEDIBEES also contributes to the preservation of the environment and the use of marginal areas. According to Martín-Hernández, “beekeeping can be established in rural areas with scarce resources and can be integrated with other agricultural activities on a mutually beneficial basis: instead of suffering from deterioration, cultivated areas can receive the agro-ecosystemic benefit of pollination; therefore, honeybees promote both environmental biodiversity and the balance of the agricultural ecosystem”. As a result, both the quantity and quality of crops can be boosted. Not only would this lead to increasing the availability of food for humans, also other animals would benefit from it, and consequently biodiversity of ecosystems would also improve.

SCALA-MEDI works as well on animal biodiversity, in this case with sheep and chicken. This project is characterizing sheep and chicken biodiversity in three Southern Mediterranean countries (Morocco, Algeria and Tunisia) with the aim of adding value to local breeds by understanding and evaluating their unique ability to adapt to harsh local environments, using French and Italian sheep breeds to compare.

Professor Paolo Ajmone Marsan, who is in charge of coordinating the project, highlights that “results will be used to develop breeding decision tools and set up genome assisted breeding and crossbreeding programs with the overall aim to improve local breeds, conserve their diversity and adaptation ability and foster their sustainable use”.

Now on the stage of collecting husbandry data from a few hundred farms and phenotypes and biological samples from a few thousand animals, the next step will be genotype animals using molecular technologies. According to the project coordinator, who is Director of the Proteomics and Nutrigenomics Research Center at Università Cattolica del Sacro Cuore, “pilot investigations are planned on the use of new sensors and on animal epigenome to understand the animal response to environmental challenges, and in parallel sheep and chicken value chains in North Africa will also be investigated from a socio-economic perspective”.

As Europe needs to prepare for increasingly extreme climatic conditions in the future, SCALA-MEDI plans to identify those traits that allow these subspecies to adapt to a wide range of environmental variations from the Sahara to Southern Europe. This data will be used to develop tools for authenticating local products and to create decision support tools, with a view to improving conservation and selection programs for local populations and proposing strategies for Mediterranean livestock systems management in the face of climate change scenarios.

Whereas SCALA-MEDI tries to take profit from some animal species to export them to other territories in order to get ready for the effects of climate change, so does ValueFarm with wild food. This 3-year project aims at introducing wild edilible plants of the Mediterranean (WEPs) in small farms, for crop rotation programs combined with legumes. Apart from gaining in biodiversity, this proposal will test the untapped potential of cultivating WEPs in degraded soils and under arduous conditions like drought and salinity stress, in order to assess their soil improvement properties. Finally, ValueFarm will also document the nutritional and chemical composition of WEPs so as to facilitate their further exploitation in pharmaceutics and cosmetics, in the design of healthy and functional food.

Another PRIMA funded project working with non-domesticated food is WildFood, whose motto is “Eating the wild: Improving the value-chain of Mediterranean Wild Food Products (WFP)”. Its overall aim is promoting joint innovative strategies in the WFPs value-chain to improve their business value, in terms of quality, safety and sustainability.

According to the project coordinator, Míriam Piqué, “Mediterranean forests and agroforestry systems abound with wild and semi-wild food products with unique and exclusive properties. Moreover, they are strongly connected to local economies, rural livelihoods, ecosystem services and biodiversity conservation”. Namely, selected species like mushrooms, truffles, pine nuts, aleppo pine seeds, aromatic plants, acorns and berries can be sustainably produced, which “will contribute to the conservation of Mediterranean forests and their biodiversity, as well as helping avoid the risk of forest fires”.

RESULTS OF THE PRIMA CALL SECTION 1 2022 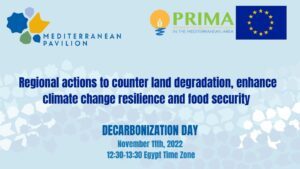 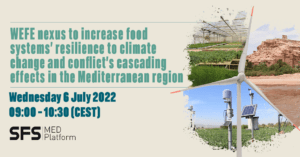